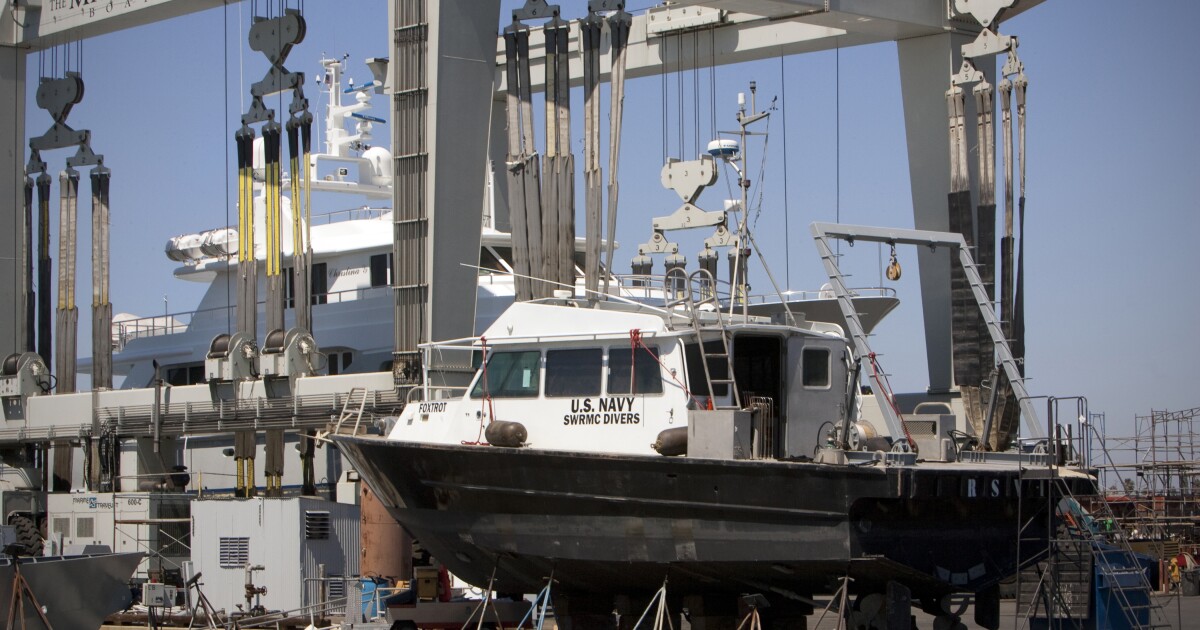 Alabama-based shipbuilder Austal USA will manage the National City shipyard with a focus on repairs to government ships using green power, following an approved lease agreement with the former operator of over 20 years.

Last week, the Unified Port District of San Diego allowed Austal USA to take over the lease from Marine Group Boat Works, which operates the facility near Bay Marina Drive.

The deal is expected to be concluded in mid-December, according to officials at Marine Group Boat Works and Austal.

Rusty Murdaugh, chairman of Austal, called the move “a milestone” in the company’s efforts to serve the US Navy, military shipping, and the Coast Guard.

“This facility extends our commitment to our customers to ensure that they receive the quality of the Austal USA brand throughout the life cycle of the vessels we deliver,” Murdaugh said in a prepared statement. “As an industry leader for on-time and on-budget delivery to the US Navy, Austal USA has made continuous improvement a cornerstone of our culture and operations.”

The harbor commissioners approved an amended rental agreement with an effective date of April 1. It would expire on Nov. 30, 2050. The monthly rent will be $ 70,300 and gradually increase to $ 278,300 on the date of termination, according to district staff.

The lease includes several provisions that are intended to provide benefits to both the district and the region, port staff said. Among them, a commitment to reduce emissions, such as switching from 100% of its diesel equipment to electricity within two years; an emphasis on local hiring; and a one-time contribution of $ 250,000 to support a series of Bayfront projects in National City known collectively as the Balanced Plan.

Austal will oversee the waterfront site with a newly constructed dry dock designed to handle small surface combatants and other small to medium sized vessels. Its services will include technical and material support, surface work and dry dock availability, according to the company.

Marine Group Boat Works will focus on yacht repair and commercial vessel maintenance, with a focus on the high-speed ferry, tug and barge industries, at their Chula Vista shipyard, the company said. company last week.

“We are excited about this opportunity to invest in our organization and to increase the capacity of our Chula Vista plant to meet the growing demands of the industry,” said Todd Roberts, president of Marine Groups, in a statement.

The Chinese Navy is planning ahead. India’s approach does not match, above the sea or below

Report to Congress on US Navy Destroyer Programs