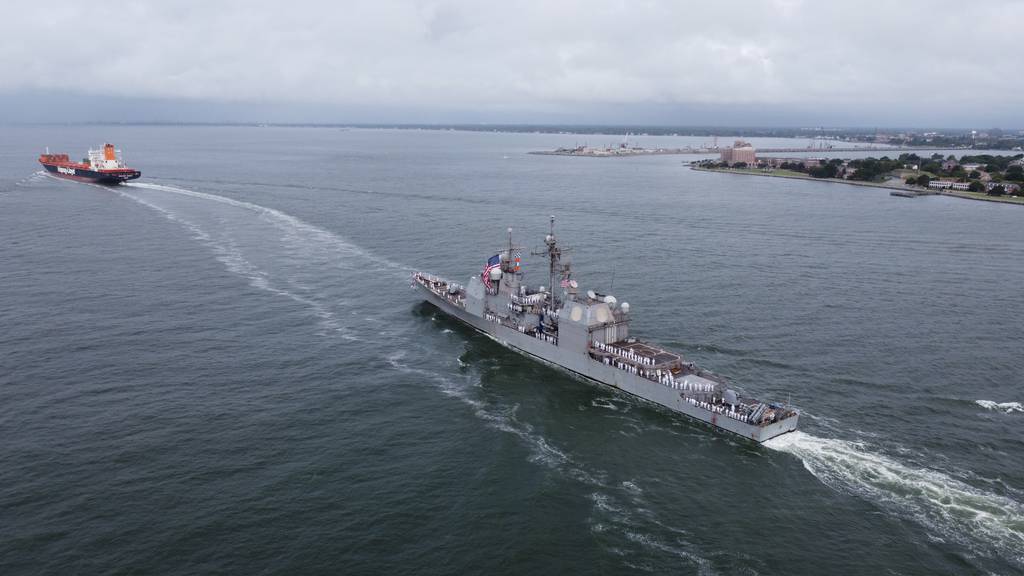 WASHINGTON – The Senate Armed Services Committee is considering requiring the United States Navy to better defend its demands to withdraw ships before the end of their intended lifespan.

In the full text of its National Defense Authorization Act for Fiscal Year 2022, published on September 22 after being adopted by the committee on July 22, SASC would allow the Navy to withdraw ships early only if the Secretary of the Navy signs a waiver certifying that:

The secretary is also expected to elaborate on the last two points, explaining how the loss of the ship would still allow the Navy to fulfill its obligations to regional combat commanders and overall defense strategy.

The four LCS are young ships; the oldest, Fort Worth, entered service nine years ago, and the youngest, Little Rock, entered service just four years ago. The LCS was built for 25 years of operation. Although the Navy says it doesn’t have the money to repair these particular hulls for combat in a contested environment, lawmakers have argued that the ships would be useful for use in US Southern Command, for example, in helping the coast guard to carry out anti-trafficking actions.

Some of the seven cruisers have reached the end of their lifespan while others are said to be withdrawn prematurely. In fact, some of the 22 cruisers in the fleet have gone through life extension programs and others have not, creating confusion over what counts as withdrawing a ship prematurely and what counts as just getting rid of ready ships. to be taken out of service.

To address this issue, SASC also included a provision in its NDAA language that would require the Navy to note in its annual long-term shipbuilding plan the current expected life of each ship – that is, the original number from. of when the ship was designed, or the updated life after the Navy has invested time and money to extend the life of a ship, which the Navy has recently done for a much of the surface fleet and for some of its submarines.

Across the Hill, the House Armed Services Committee included a provision in their version of the NDAA to fund the maintenance and operation of three cruisers, while allowing the other four and LCS to retire. . Once the bills have been debated and passed in their plenary assembly, the HASC and SASC will meet later this year to resolve the differences between the bills. It is not clear whether the committees would choose a provision related to the decommissioning of these cruisers and LCSs or whether the two could agree to allow some to be abandoned now while putting in place this longer term solution for them. years to come.

“This is a broad provision: it reflects several classes of ships that would be retired before the end of their intended lifespan, and then clearly with the potential for more to come,” an SASC aide told Defense News. “This is not a provision that would apply only to exercise ’22; it would be in perpetuity, and so if this sort of thing is to continue in the future, we are trying to put in place a process to assess whether or not to dispose of a ship before the end of its life.

With budgets tight over a decade of confinement related limits, and now with stable defense spending expected in the years to come, the Navy has made numerous requests to remove existing ships – costing money to exploit, maintain, men, weapons and more – and free up money for other priorities, such as the development of more modern weapons and platforms.

The service has already decommissioned LCS-2, Independence, at 11 years and is on the verge of decommissioning LCS-1, Freedom, at 13 years, thus achieving half of the expected lifespan of these two platforms. shapes. And he’s spent most of the past decade looking to cut spending on the cruiser fleet, sometimes asking to put certain ships on reduced status and sometimes to retire them earlier.

The Navy’s most recent attempts to modernize and extend the life of its cruisers have gone awry, with Chief of Naval Operations Adm. Mike Gilday declaring at a HASC hearing this spring “The cruisers currently in the retrofit are operating at 175% to 200% estimated cost, hundreds of days behind schedule.”

The Navy has tried to downgrade ships from 30 to 35, but department heads say the extra five years of operations aren’t worth the cost and effort – and the ships themselves are growing sidelined during emergency deployments maintenance issues.

Gilday argued that, given budget constraints, the best way for the Navy to meet its obligations under the National Defense Strategy is to focus on the readiness of today’s fleet and develop technology for the fleet of tomorrow, with fleet size a lesser consideration. . This mindset led to the FY22 request to downgrade cruisers and LCSs, although it was not well received by lawmakers who feared the Navy would face China in the next decade. and does not have a large enough fleet to do so.

While this SASC provision would not preclude this capacity debate from happening every year, it would provide some structure to the discussion and ask the Navy to present their request in terms of what other options are available and how. the decision is part of the defense strategy. .

Megan Eckstein is the naval war reporter for Defense News. It has covered military news since 2009, with a focus on US Navy and Marine Corps operations, procurement programs, and budgets. She has reported on four geographic fleets and is happiest reporting stories from a ship. Megan is a University of Maryland alumnus.