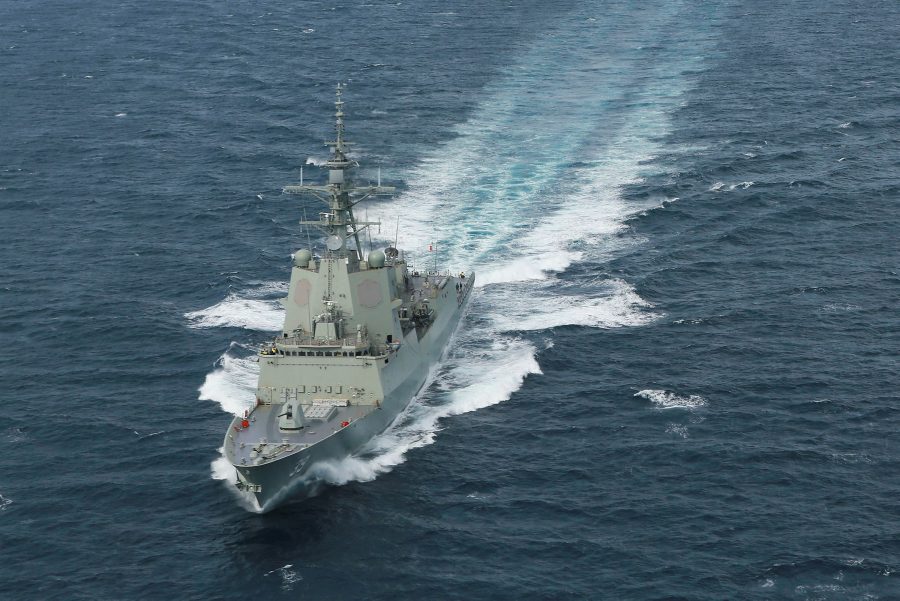 Serious risks are being realized in the Royal Australian Navy’s twin transitions in its surface combat fleets and submarines. As Australia’s strategic circumstances become more dangerous, Defense must adopt hedging measures to actively address capability risks in its procurement plans.

The recent government announcement Regarding the acquisition of nuclear powered attack submarines (SSN), it is a question of addressing long-term capability risks, but with the delivery of the first future submarine now postponed probably to the At the end of the 2030s, in the short and medium term, the proposal exacerbates these risks.

My new ASPI report, published today, details an approach to address these risks which:

In order to implement the government’s ambitious plans for future shipbuilding capacity, the urgent task today is to develop a transition strategy that delivers short-term capacity gains and builds vital industrial capacity. The plan presented in my report does both by providing a viable path to an expanded defense capability and industrial base.

There is an urgent need to deliver more maritime combat power before the Hunter and SSN programs do. The first Hunter frigate is already postponed to around 2033, and with the program facing complex integration challenges and disappearing design margins, there’s no guarantee it won’t slip further.

Even when the Hunter begins to enter service, it is underarmed for the threat environment of the 2030s: its missile capability is most glaringly lacking. With the lethality of anti-ship missiles increasing, its 32 missile cells mean it takes a knife for a shootout. Additionally, it will have limited capacity to carry the Tomahawk strike missile, another recent government announcement. Meanwhile, the Navy’s Anzac frigates will have to serve into the 2040s, even though they only have eight missile cells.

The Navy needs combat power – and it needs it before the Hunters hit the sluggish two-year delivery pace built into the current shipbuilding plan.

To achieve this, we need to rebuild the shipbuilding plan. With the cancellation of the Attack-class submarine, Australia’s industrial capacity building plan is in disarray. Thousands of skilled jobs that were to be created and maintained by this program are being postponed indefinitely. However, we can take this as an opportunity to provide military and industrial capabilities earlier.

We have created the foundations for a national shipbuilding machine by investing heavily in modern, digital shipyards. But under the current plan, this company does not deliver anything until the mid-1930s apart from very lightly armed offshore patrol boats (OPVs), despite tens of billions of dollars invested there this decade. We must take advantage of this industrial capacity and this investment to give the RAN more offensive power long beforehand.

We need to refocus the public debate on shipbuilding on the original purpose of the shipbuilding business: to provide the maritime capability the navy needs when it needs it to defend Australia. This means adjusting the shipbuilding company’s order book according to strategic circumstances. The real value of a continuous shipbuilding capability lies in its ability to switch production between classes and speed up builds when necessary.

Rather than blocking some ships at a slow and steady pace to secure jobs for the grandchildren of current workers, the company needs to protect the Australians who are currently paying them. The government’s 2020 Defense Strategy Update says we no longer have at least a 10-year warning period to prepare the Australian defense forces for a major conflict. We simply should not accept that the Navy cannot acquire major new combat capabilities over the next 10 years.

There are two parallel approaches to short-term shipbuilding, both taking advantage of the production machine that the government has invested in.

ASPI has already discussed the first: to build ships based on the OPV hull but equipped with missile systems and intelligent autonomous systems – air, surface and submarines. Not all sea platforms need to be able to complete all tasks and defeat all threats on their own. Breaking this mindset opens up new possibilities. An armed version of the OPV that doesn’t pretend to be a multirole platform but has some useful offensive or sensing capabilities looks appealing as a short-term addition to Navy lethality that complicates any opponent’s decisions. . They will not be multi-role ships, which avoids the complexity and increasing costs that we see with the Hunter, but would operate in bespoke workgroups with other ships.

This approach would be part of a larger strategy of investing more in “small, smart, and cheap” —disaggregated unmanned or minimally-crewed systems that use autonomous technologies to generate distributed mass and effect.

The second approach — the subject of my report — is the possibility of building more Hobart-class air warfare destroyers. We’ve already been through the pains and challenges of having the right design and learning how to build it. While they might not have quite the same anti-submarine warfare capability that the Hunter is supposed to have, they are still very capable anti-submarine platforms. In addition, their 48 missile cells offer advantages over the Hunter in air defense and strike, as well as the deployment of Australian-made missiles via the emerging guided weapons company. With the mature design and construction process well understood, there is a realistic prospect of commissioning a second batch of three Hobarts before the delivery of the Hunter program, the first of them well before the end of the decade.

As with any complex endeavor, there will be challenges, such as facilities and workforce management between major shipbuilding programs at Osborne, South Australia and restarting supply chains, but the shipyard was designed to have more capacity than just producing a frigate every two years. The reason the government retained ownership of the shipyard (and taxpayers funded its development) was to retain the flexibility to produce different ships from different designers as needed.

Additionally, a new Air War Destroyer program will help generate the ecosystem of skilled tradespeople, designers, engineers, combat systems integrators, project managers and local suppliers that will be required for the construction and maintenance of future SSNs. This would prevent a cold start of the SSN program and thus help mitigate the risks associated with the schedule.

For those who are concerned about what that means for the ultimate number of Hunter-class frigates, we can be agnostic on this question for now. But there is nothing set in stone that says the magic numbers for the Navy’s main surface fighters are three destroyers and nine frigates for a total of 12. In fact, one of the fundamental problems of the plan current naval construction is that it encloses us in 12 surface units. fighters into the 2050s, despite the government’s assessment that we are facing the most demanding strategic period for our country since World War II. Building a second batch of Hobarts would allow us to grow the fleet faster, regardless of the end goal.

Granted, large warships such as Air Warfare destroyers are expensive, but they will be significantly less than Hunters, partly because they are much smaller and partly because we already know how to build them. In addition, the annual spending of $ 1 billion to $ 2 billion freed up by the cancellation of the Attack Class can be put to good use to bolster maritime and industrial capabilities. More importantly, these expenses can deliver capabilities much faster than the Hunter program.

If the national shipbuilding company cannot deliver significant capacity long before 2030, then its whole target needs to be reconsidered. Ultimately, delivering actual capabilities within strategically relevant time frames will resolve risks and restore public confidence in the shipbuilding business.