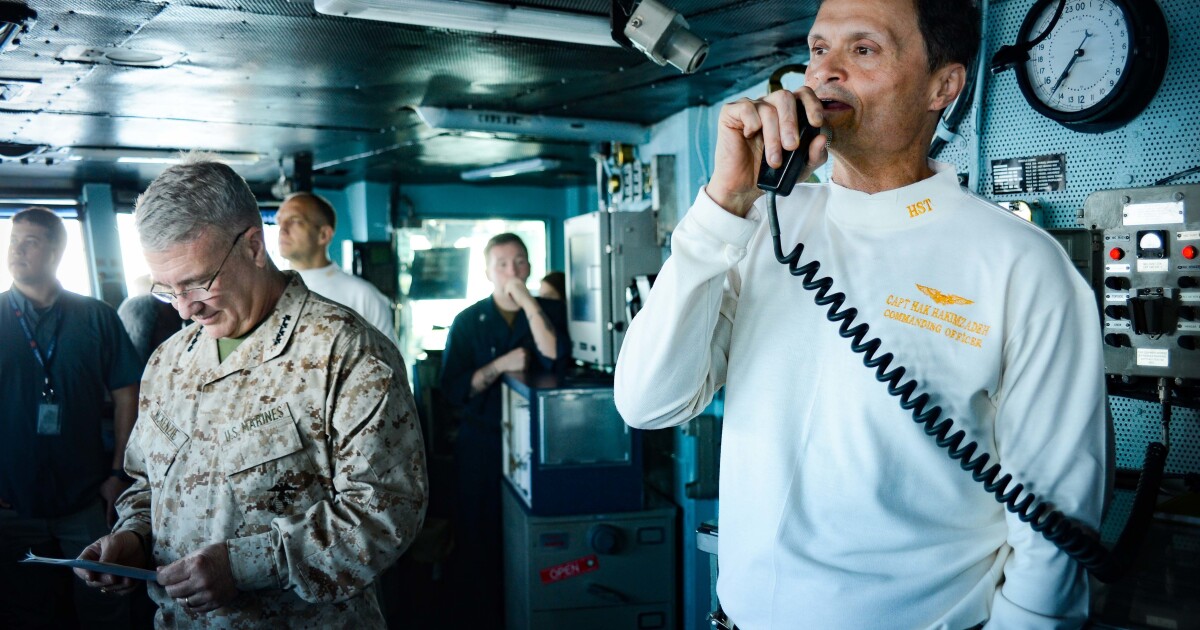 NORFOLK, Virginia – Captain Kavon Hakimzadeh sits aboard the USS Harry S. Truman knowing it is much more than an aircraft carrier.

To understand why, we would have to go back to his childhood. As a young boy, the now decorated military hero was forced to flee Iran with his family.

“We were refugees from the Iranian revolution in 1979. We left a difficult environment, to say the least, and presented ourselves here to the United States as immigrants, and I immediately understood how country is wonderful, ”said Hakimzadeh.

He remembered being 19 and seeing an aircraft carrier for the first time. He remembers just sitting on the pier and staring at the huge warship.

“It was easy for a 19 year old to look up and say, ‘You know what, I want to order one of these things.’ It represents America to me, ”he said. “[The carriers] represented, for me, everything I love about this nation, and I was infatuated; I was amazed and committed at that point. “

After 32 years, Captain “Hak”, as most call him, was awarded the title of Commanding Officer, reporting aboard USS Harry S. Truman (CVN 75) in June 2019.

“The fact that a child named Kavon Hakimzadeh of Iranian descent can do this is a testament to the United States of America,” he said.

His tour as commander ended on Friday and he was relieved by Captain Gavin Duff – but not before his leadership was commended, as tensions escalated in the Middle East.

He successfully commanded a 3,000-person deployment, carried out strategic deterrence against Iran, and maintained the only COVID-free ship over the summer.

“At times like this you ask, ‘Was it worth it? “Absolutely, it was worth it,” he said. “We’re basically at the point where we’ve proven the systems work on the ship, and now we’re getting into the war training system. from the Navy Carrier Strike Group Four – the team that comes in and trains the aircraft carriers – to go on deployment, that’s the next phase, so I’ll do that this fall. “

When asked if he could identify his biggest accomplishments over the past two years, Captain Hakimzadeh said, “I think we’ve done a lot on the maintenance and training side, but the fact that we were able to deploy, the fact that we were useful – we provided something our country needed when it needed it most. I will definitely miss this job. “

For more on Captain Gavin Duff, the newest commander of the USS Harry S. Truman, tune into News 3 this weekend. Journalist Erin Miller will share her one-on-one interview.