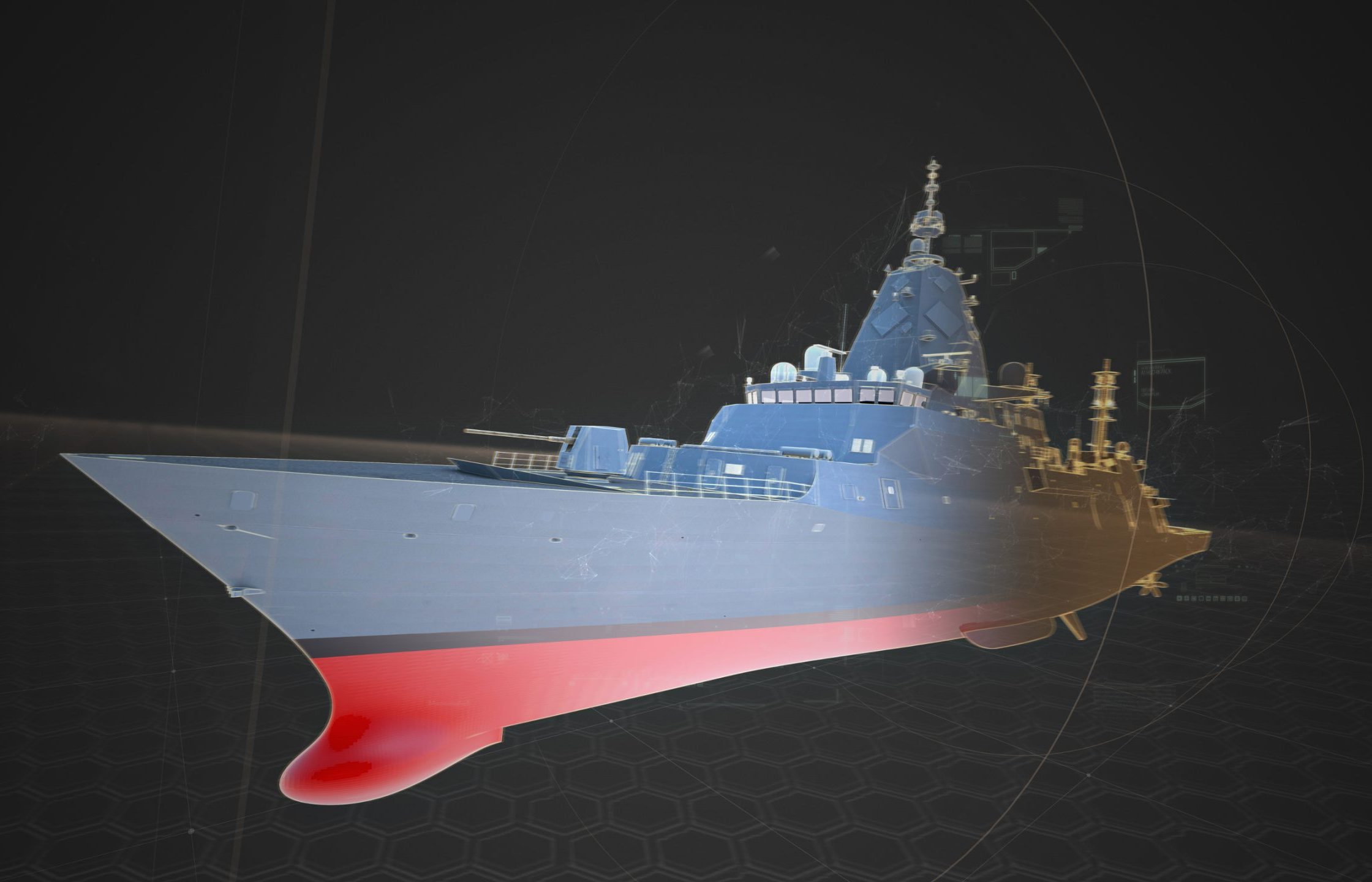 The government has announced an 18-month deadline for the Royal Australian Navy’s future Hunter-class frigate program. Is this a sign that the project is in serious difficulty? Or is it just a belated recognition of the reality that there is no bypassing the deadlines required for highly scalable projects involving complex crewed platforms? In my opinion, it is the latter, but in any case, the Defense Department needs to be aware of the implications of the timetable for Australia’s maritime capability.

Let’s review the wishful thinking who reigned in the history of the future frigate program. But first, for reference, we should familiarize ourselves with the timeline of Hobart-class air warfare destroyers. The selection process included a two-year, $ 200 million design phase in which two competitors were funded to develop their designs. The government gave its approval in June 2007 to acquire the Navantia design, known as the “existing” design because it was based on a ship that was already in service with the Spanish Navy. Importantly, this ship was already using the Aegis combat system and AN / SPY-1 radar which were to be installed on the Hobart class. Despite this, it still took five years and three months for construction to start in September 2012.

Certainly there was problems in the rise of the AWD program, but to obtain a faster schedule in the future frigate project, one would have expected to see much less risk. This was not the case, however.

In August 2015, concerned about the prospect of a “valley of death” in shipbuilding between the close of the AWD project and the start of construction of future frigates, the government announced that it was advancing the program for the frigates whose construction is expected to begin in 2020 — that is, construction would begin in five years, even if the government had yet to choose a design, let alone fund the work.

Later that year, the government launched a competitive assessment process to identify a benchmark vessel design that was mature, in the water and in service. However, he said five major changes were also needed for the successful design: the integration of the Australian CEA radar, the Aegis combat system, the American weapons that were already in service in Australia, the MH maritime combat helicopter. -60R Seahawk and any modifications necessary to meet Australian regulatory requirements.

The list of applicants was reduced to three, who were funded to carry out design activities such as assessing the risk of changing their designs. These risks forced the government to recognize that it was not possible to meet the 2020 construction deadline. Thus, the 2020 milestone was redefined as the start of “prototyping” (i.e. demonstration that the new South Australia shipyard is operating), while the start of construction on the actual ships has been postponed until the end of 2022.

In June 2018, the government announced that it had selected BAE Systems’ global combat ship based on the Type 26 frigate being built in the UK. This was in some ways surprising since the Type 26 was the only one of the three contenders that was not mature, not in the water and certainly not in service. We continued to see instability in the design of the benchmark vessel and it also did not use the radar, combat system, weapons or helicopter required by Australia. Essentially, the government accepted the Defense recommendation to choose the least mature design and make fundamental changes to it.

With that in mind, the four and a half years available to start construction by the end of 2022 seems woefully insufficient, compared to the AWD design which took more than five years despite a more mature design requiring fewer modifications. The growth of the Hunter design from about 8,800 tonnes to 10,000 tonnes confirms the immaturity of the original design.

Adding to the mix the fact that the UK program still requires design resources, the Canadians also chose the Type 26 and are also looking to implement substantial design changes, and that Covid-19 has upset everyone’s plans, the announcement of a new 18-month deadline for the start of work simply confirms that reality beats wishful thinking every time.

So what does this delay mean? It would appear that the desperate attempt to bridge the valley of death by bypassing the selection and design processes for the future frigate did little to succeed, except to inject additional risk into the program. The 18-month delay in the start of construction, likely until mid-2024, will create uncertainty for the ramp-up of BAE’s workforce. The first two offshore patrol vessels are being built in Adelaide to ensure some continuity of the workforce after the AWDs are completed, but they are expected to be delivered in late 2021 and 2022 (noting that there is also signs of delay there). How long can workers usefully carry out “prototyping” activities?

Second, the delay increases the capacity risk. I noted previously that the RAN is going through two major transitions in its submarine and surface combat fleets which are marked by significant strategic risks. We have seen that these risks materialize in the submarine transition. It is clear that this is also the case in the surface force. Realizing the Hunter Class timeline, and the Anzac Class transition they are supposed to replace, means Defense can’t just sit back and watch these risks increase.

We have known for some time that the government $ 575 billion in spendingdealing with defense this decade was not going to allow the launch of a single additional missile launcher. This picture is now even worse. Defense officials recently informed a Senate committee that although construction was delayed by 18 months, delivery of the first ship has been delayed by two years until 2031. As the Defense master schedule indicates a new phase of testing and evaluation of two years before the first ship is deployable, this suggests that initial operational capability is now increased from two years at the end of 2033. Or, in other words, even if The government’s 2020 Defense Strategic Update says we can no longer count on a 10-year warning period, we are looking at 12 years until the first of nine planned Hunter-class frigates provides useful capability ( and 13 years for the Attack-class submarine).

Officials said the schedule would be picked up by ship four. Given that its acceptance date is slated for the third quarter of 2034, this suggests that BAE will deliver a vessel one year after the first in 2031. Defense previously informed the Senate that the Adelaide Shipyard has the capacity to deliver ships faster than both. drumbeat currently built into the shipbuilding plan, but such a pace still seems like an ambitious ramp-up.

If it is achievable, it once again demonstrates the fundamental contradiction enshrined in the shipbuilding project: we are deliberately pay more to slow the delivery, sacrificing the ability to the sacred altar of “continuous shipbuilding”.

The harsh reality that we continually re-learn is that designing and building complex, multirole, and crewed platforms is taking longer and longer as they bring together more and more systems to survive the rapidly growing threats. Not only are their schedules increasing, but also their size and cost. Despite the combined investment of $ 52 billion in our surface combatant fleet ($ 8 billion for AWDs and $ 44 billion planned for Hunters), the number of fleets is not increasing.

We’re also learning the real financial and capability costs inherent in a continuous shipbuilding approach built around the extremely slow delivery of extremely expensive multi-role platforms. So there is no viable Plan B involving another frigate.

Becoming aware of Hunter’s schedule means carefully considering the options available to the government to improve maritime capability (not just “mitigate risk”) and pursue some of them, even if they lie outside the comfort zone of Defense. . We need workable plans B that complement the continuation of plan A.

As with the future submarine, a type life extension is already built into Plan A for the frigates, with the Anzac-class ships already in the middle of a substantial upgrade program. If the first of the Anzacs is retired when the first Hunter reaches the IOC, he will be 37. The last one will be around 40 if the Eighth Hunter arrives on time in 25 years – and it’s hard to see us extracting more blood from that stone.

So, being aware of the Hunter Class schedule means looking for complementary abilities that break the vicious cycle of cost, ability, and schedule we are stuck in. Several ASPI authors have addressed the need to pursue the small, the smart, and the cheap. stand-alone capabilities that can be acquired in large numbers quickly and inexpensively. While development work needs to be done, the funding required is several orders of magnitude less than the $ 140 billion plus shipbuilding program.

A key element of Plan B is staring us in the face. The first Arafura-class offshore patrol boat to be delivered soon (page 207). OPV can be improved with bespoke mixtures of anti-ship missiles, towed sonar, lethal and surveillance drones, and many other capabilities. For less than a tenth the cost of a Hunter-class frigate, we can get the same surface warfare capability, potentially a decade earlier. Why not continue to build them in Adelaide alongside the construction program in Perth? With the next new Navy warship not arriving for 12 years under the current plan, what do we have to lose?