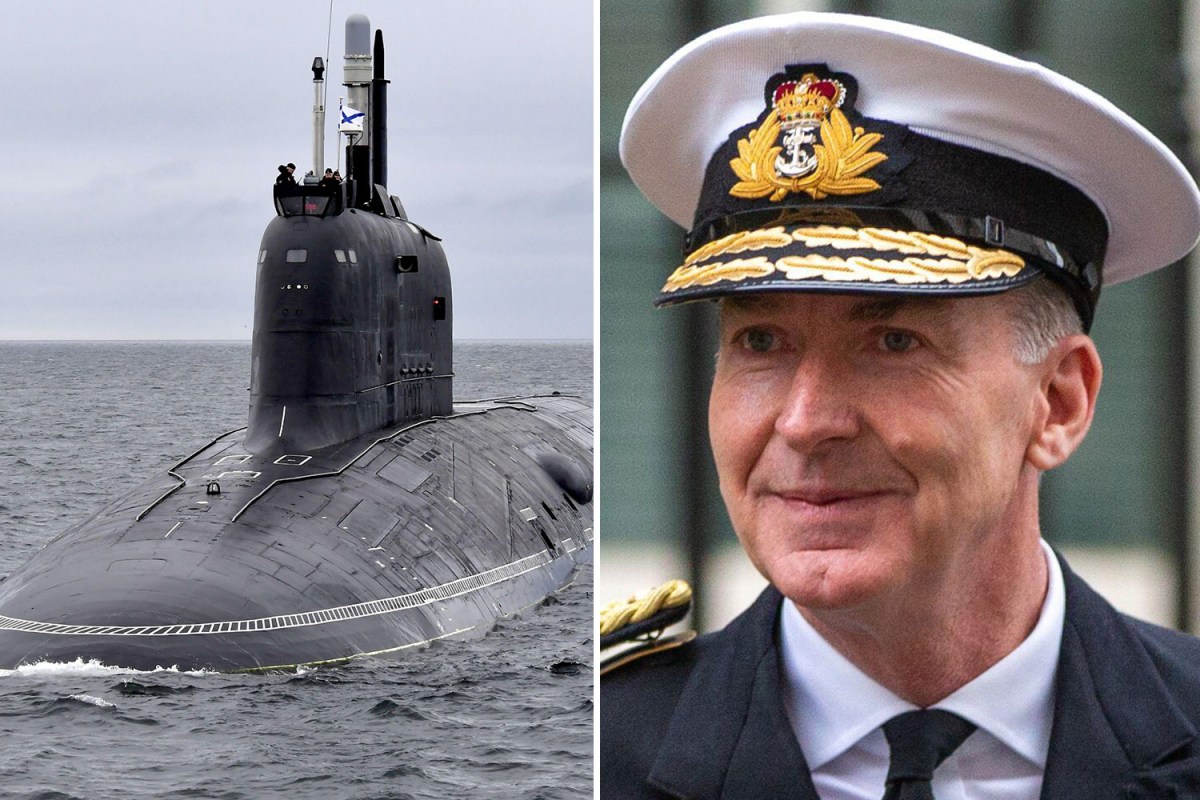 THE NEW Defense boss warned of a Russian submarine threat at sea, saying any damage to communications cables would be considered an act of war.

He told The Times: “There has been a phenomenal increase in Russian submarine and submarine activity over the past 20 years. “

He said Russia has developed the capacity to endanger the submarine cables where global information and traffic flow.

When asked if the destruction of the cables “would be considered an act of war” Sir Tony replied: “Potentially, yes.

Sir Tony has said that Russia’s obvious military might is cause for concern – and that he plans to develop hypersonic missiles to compete.

Hypersonic missiles can fly at five times the speed of sound and at altitudes lower than ballistic missiles.

A Navy source told The Times: “In a third world war, [damaging underwater cables] be a particularly effective way to complicate our lives? Yes. This is exactly why they are doing it.

“If you take the cables out, no one can make phone calls, then they can’t do business deals, buy stocks, and the economy will shut down.”

There were concerns that the Russians would try to cut essential undersea cables for the internet and communication in the UK.

A Russian spy ship believed to be able to cut submarine cables was spotted in the English Channel in September 2021.

Vladimir Putin’s Yantar has been caught strolling between the Devon coast and France and appears to be heading north.

Internet cables and other crucial underwater infrastructure are essential for sharing information between countries.

The simple act of cutting cables has the ability to cripple Britain completely, as the 2006 earthquake in the Luzon Strait between Taiwan and the Philippines showed.

There, six of the seven cables used to distribute Internet and telephone services from North America to Taiwan, China, Hong Kong, Japan, Singapore and South Korea were cut.

This led to a 100% Internet blackout in Hong Kong and Southeast Asia, cutting off millions of citizens and businesses from the Internet and cell phones.

It has been estimated that cutting three cables could cause some countries to lose 70% of their data traffic.

Sir Tony’s comments come after a Russian submarine crashed into a Royal Navy warship in an incredible clash.

A crew member can be heard shouting “What did I just hit?” after HMS Northumberland struck the hunter-killer submarine in the frigid North Atlantic.

The dramatic collision – believed to have been an accident – was caught on camera by a Channel 5 television crew while filming the Warship: Life At Sea show, which airs Mondays at 9 p.m.

It is believed to be the first collision between Russian ships and the Royal Navy since the Cold War.

US Navy aircraft carriers are so fast that they can outrun virtually any surface ship and submarine in most maritime states.