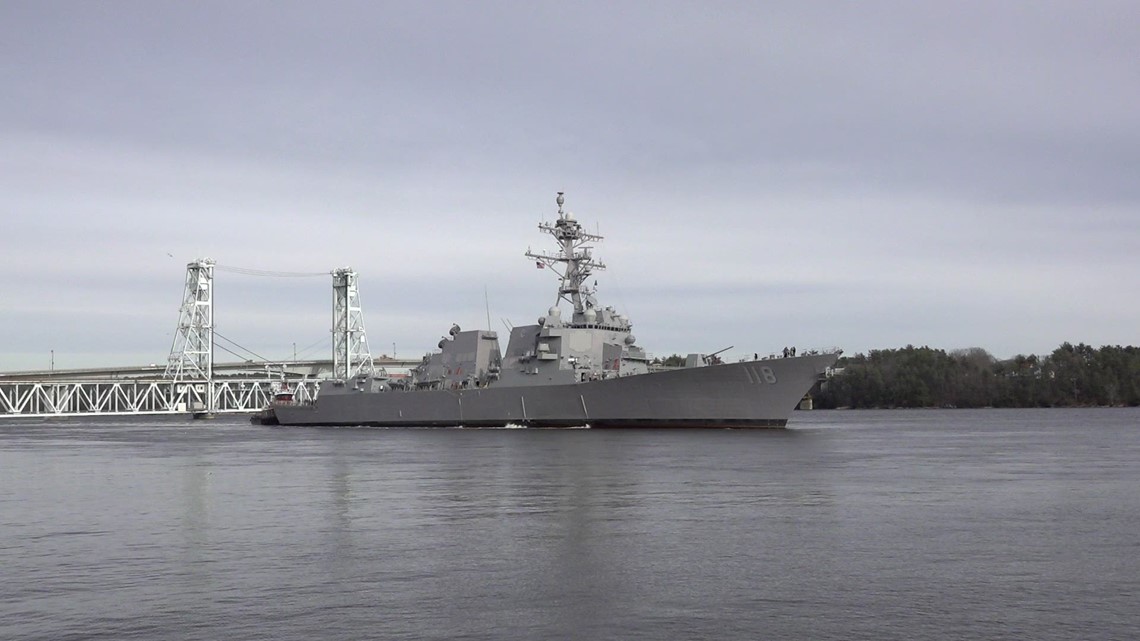 BATH, Maine – The US Navy is planning another multi-year purchase of Arleigh Burke-class destroyers, ships built only by Bath Iron Works in Maine and Ingalls Shipbuilding in Mississippi.

Acting Secretary of the Navy Thomas W. Harker shared the news during a recent hearing held by the US Senate Defense Appropriations Subcommittee.

The announcement was welcome news at the Bath Shipyard, especially in light of seemingly conflicting reports that the Navy’s long-range plans show cuts to its fleet of cruisers and destroyers.

According to a June 25, 2021, report prepared for Congress by the Congressional Research Service, among the questions Congress must consider are “how the Navy proposes to move in several years from the purchase of DDG-51 to the purchase of a successor destroyer model currently in development called the DDG (X) ”.

And Lexington Institute Naval Analyst Loren Thompson suggested Thursday that such reductions on the one class of ships BIW continues to build could spell the end of the shipyard.

On June 24, Harker responded to comments from Republican Senator Richard Shelby of Alabama, a senior member of the subcommittee, who questioned the “seriousness” of the administration’s commitment to the military. given the “meager” budget proposal.

“You are all very aware that our adversaries, including China and Russia, pose new and growing threats and that they will grow,” Shelby said. “They are making unprecedented investments in their capabilities and capabilities, investments that this budget does not even come close to matching.”

“Multi-year contracts are very important to us,” Harker said. “We intend to sign another multi-year contract for DDGs from 23 until 27 and to continue this supply for the foreseeable future.”

Shelby also questioned the Navy’s decision to cancel the contract of one of the destroyers of the existing multi-year contract and asked how shipyards might depend on such multi-year purchases if the Navy plans to cancel a contract.

“DDG 51 is a very valuable asset to us,” replied Harker. “We really struggled with the decision to take this out of this year’s budget. It was the most difficult decision we made. We would have loved to be able to include it.

In a hearing last week of the Subcommittee on Maritime Power, U.S. Senator Angus King, I-Maine, questioned Chief of Naval Operations Admiral Michael Gilday, who visited the BIW in May, about the consequences of the breach of the multi-year contract by the Navy, including paying a fine of $ 33 million.

“You told me, both in today’s hearing and before, that [eliminating one destroyer from the FY22 budget request] was the most difficult decision you had to face “, The king said. “The point I want to make about this is not just the absence of the destroyer, but the impact that this decision has on the industrial base, not just in the immediate future, in terms of the number of people you have. need to build the ships, but also the principle of breaking a multi-year, I would say, thrills the industrial base in terms of investment. If they’re going to make major investments of $ 100 million in shipbuilding capacity and also in training new shipbuilders, they need to have some confidence that there is a flow of demand to come. “

King told Gilday that with BIW hiring thousands of workers over the past two years for future work, breaching the contract would have a “crippling” effect on the workforce.

BIW has four additional destroyers under contract, BIW spokesman David Hench said in June. “We are committed to achieving a build rate of 1.8 ships per year by the end of the year as part of our move towards building two ships per year.”

The Maine congressional delegation advocated returning the destroyer to budget, and on Tuesday, funding for a second ship was included in the House defense subcommittee’s appropriation bill. The bill now goes to the Senate Defense Subcommittee.

NEWS CENTER Maine reached out to members of the Maine congressional delegation on Thursday to comment on a potential new multi-year contract for destroyers and discussions on the end of the Arleigh Burke Line.

In response, Collins sent the following comment on behalf of the entire delegation:

“Bath Iron Works produces the best ships in the world for our navy. Keeping the shipyard strong is essential not only for our national security, but also for the thousands of well-paying jobs it creates. We therefore strongly opposed the Authority’s request to remove the purchase of a DDG-51 from the current multi-year contract. We discussed this matter with senior DoD officials, including Secretary of Defense Austin, and we recently hosted Secretary of the Navy Harker and Admiral Gilday at BIW so they could see firsthand the critical work performed by highly skilled shipyard employees. DDG-51 destroyers are the workhorses of the Navy, and we will work to restore funding to the Arleigh Burke program during the authorization and appropriation processes. “