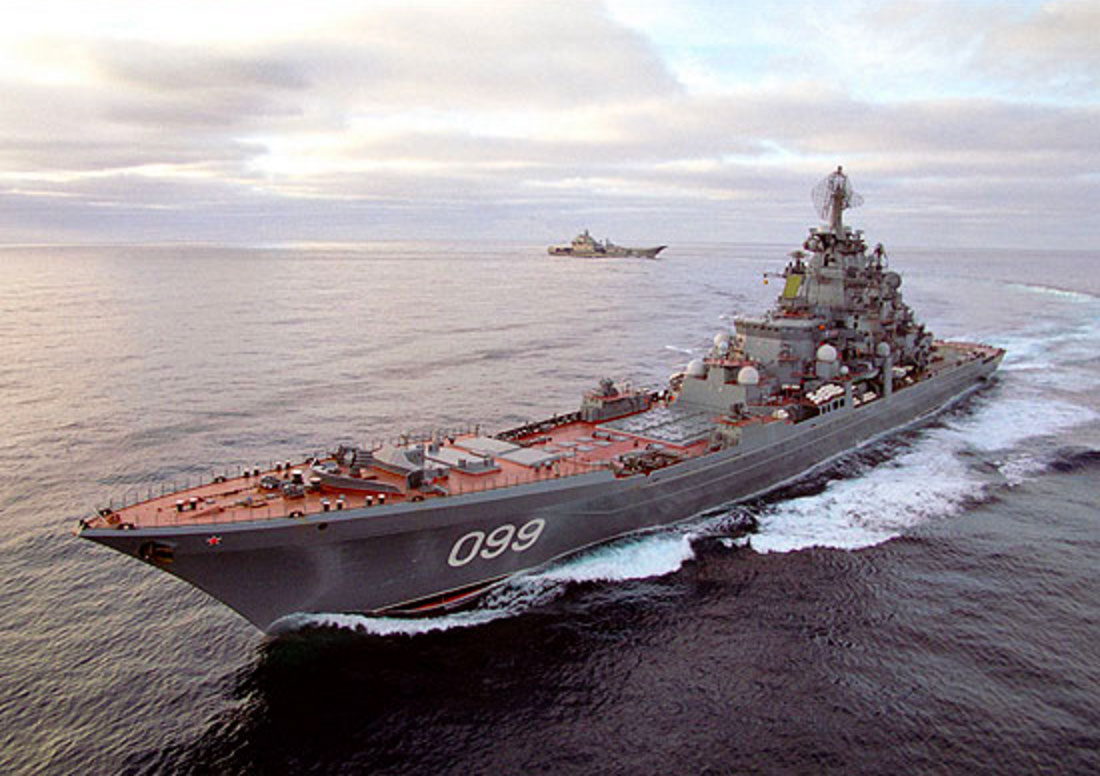 The battle cruiser will train over the course of several days in the waters of the far north, informs the Northern Fleet.

This includes exercises on air defense and combat, as well as mapping airspace and submarine situations.

The 252 meters long Piotr velikiy is the largest ship in the Russian Navy. It has a crew of over 700 men and a wide range of armaments.

The nuclear-powered Kirov-class ship will return to Severomorsk, the headquarters of the Northern Fleet, in time for Russian Navy Day on July 25, according to the press service.

In addition, the Russian Pacific Fleet now has its largest ships at sea. According to the Navy, the missile cruiser Varyag and frigate Marshal Chapochnikov have participated in recent days in missile and artillery fire in the Pacific. Also involved are corvettes Hero of the Russian Federation Aldar Tsydenzhapov, Sovershenny and Gromkiy.

The training of the latter ships took place in the Pacific Sea and included training on “eliminating enemy aircraft carrier groups”, informs the Russian Navy.

What is behind the recent clashes between Russia and the West in the Black Sea?