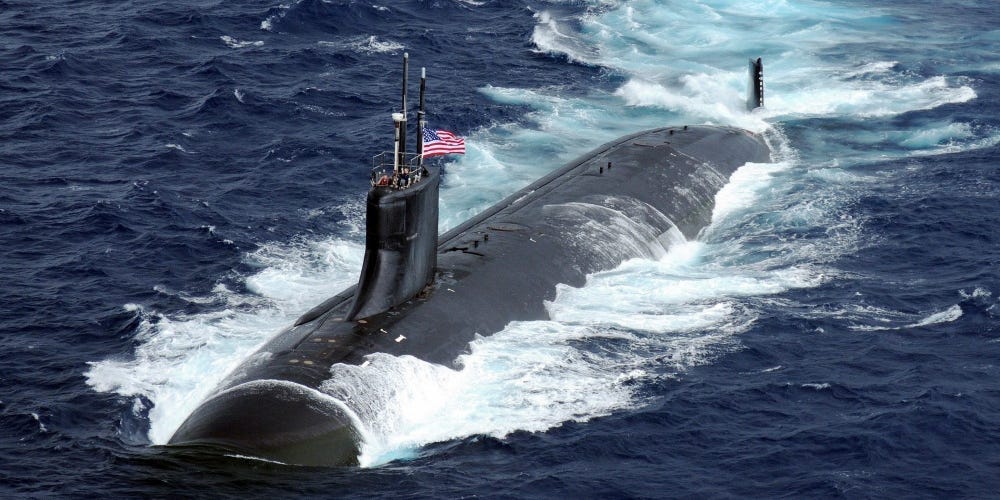 The USS Connecticut is a nuclear powered fast attack submarine, and it “struck an object while submerged on the afternoon of October 2, while operating in the international waters of the Indo-Pacific region, ”the Navy said in a statement.

Fortunately, the sailors in the vehicle suffered no life-threatening injuries.

“The submarine remains in a safe and stable condition,” the US Navy statement said. “The nuclear power plant and spaces of the USS Connecticut have not been affected and remain fully operational. The extent of the damage to the rest of the submarine is being assessed. The US Navy did not request assistance. The incident will be investigated.

The Navy has yet to reveal the exact location of the submarine when it collided. So far, we only know that this has happened in the Indo-Pacific region. In addition, the number of injured sailors was not disclosed.

Reuters says that according to US sources, the crash occurred in the South China Sea and that “less than 15 people” suffered small injuries such as bruises and cuts.

Connecticut was on its way to the United States 7th Fleet Military Administration Area, which covers the western Pacific Ocean, a significant portion of the Indian Ocean, and other smaller bodies of water. “The Seawolf-class fast attack submarine USS Connecticut (SSN 22) struck an object while submerged on the afternoon of October 2, while operating in the region’s international waters. Indo-Pacific, ”the Navy statement read. “Crew safety remains the top priority for the Navy. There are no fatal injuries. “

Connecticut sailed to its home port at Kitsap-Bremerton Naval Station in Washington State for a deployment to the Pacific. The Seawolf-class vessel has been to Japan at least twice, once in July and the other in August.

With this incident, the damage has not yet been fully calculated. The vehicle is now heading for the US base in Guam