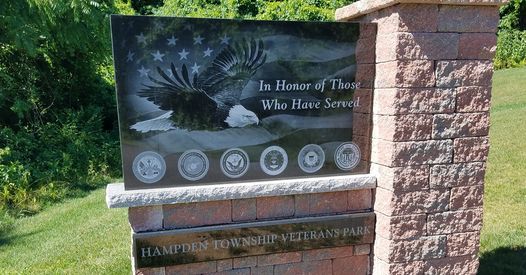 The program will begin with the display of colors by American Legion Post 109 of
Mechanicsburg and the singing of Elise Nobile’s national anthem. Following presentations by Bryan Anthony, HTVRC Board Member, there will be a spectacular flyby by the Composite Squadron of the New Cumberland Civil Air Patrol Capital.

The keynote speaker is Lt. Col. Trevor Hollis, United States Air Force. He is currently completing the US Army War College residency program. Previously, he was Deputy Commander of Space Delta 4, responsible for operating the missile warning architecture on the ground and in space designed to protect the United States and its allies from strategic missile attacks. Lt. Col. Hollis commanded at the squadron level and held intelligence positions within the Air Force and at the Joint Staff levels of Tactical Command, Major Command and Combat Command.