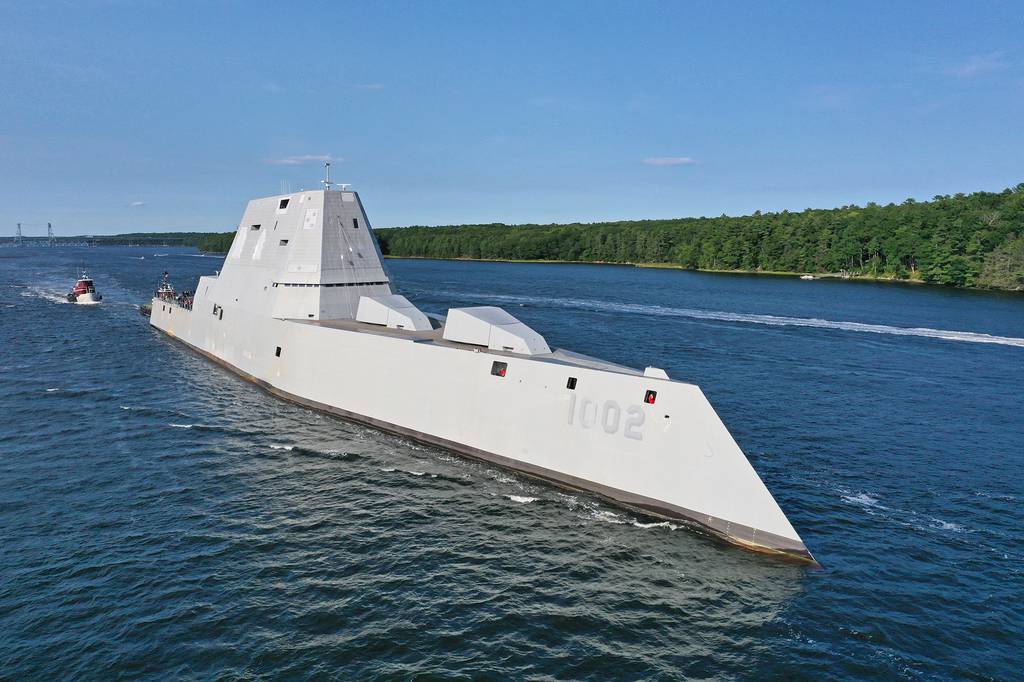 WASHINGTON – The third and final Zumwalt-class destroyer completed her builder’s tests this week, returning to General Dynamics’ Bath Iron Works on September 1 after five days at sea to prove the ship’s hull.

The Lyndon B. Johnson is the last remaining DDG-1000 ship before the Maine Shipyard can fully focus on the Arleigh Burke destroyer program which makes up the bulk of the US Navy’s surface combatant fleet.

“The success of this trial brings us closer to the delivery of this vessel and refocuses us on accelerating the pace of construction of the DDG 51,” Bath Iron Works President Dirk Lesko said in a press release.

The company has been building Arleigh Burke destroyers since the late 1980s and added Zumwalt destroyers to the mix in 2011.

Since then, the shipyard has experienced manpower issues, including strikes as well as issues related to coronaviruses. Lesko told local press last year the yard was a year or more behind some of its destroyers.

The Zumwalt destroyers, with their complex integrated power system unlike anything the Navy had built before, also experienced production delays, with the service scheduled to receive Lyndon B. Johnson in 2018.

The shipyard has developed a recovery plan to get back on schedule, as Lesko explained to the Times Record.

“Over the past few months, members of the Joint Schedule Recovery Committee have worked together to identify our production challenges as a shipyard and find solutions to improve our ability to deliver ships on time,” Lesko wrote in a statement. to the local newspaper. “Today, I am delighted to report that we are on track to meet the three milestones that we need to achieve in 2020 to begin restoring our order backlog schedule.”

Once the Lyndon B. Johnson’s hull as well as the mechanical and electrical systems have been fully tested, they will go to Raytheon Integrated Defense Systems for a process of integrating and activating the combat system before finally being put into operation. service as a Navy warship.

Megan Eckstein is the naval war reporter for Defense News. She has been covering military news since 2009, focusing on US Navy and Marine Corps operations, procurement programs and budgets. She has reported on four geographic fleets and is happiest reporting stories from a ship. Megan is a University of Maryland alumnus.